We provide award-winning financial and economic programs and curriculum to tens of thousands of students each year.
More

Our award-winning online financial education platform is free for anyone to use, and easy to navigate.
More

We provide award-winning financial and economic programs and curriculum to tens of thousands of students each year.
More

Our award-winning online financial education platform is free for anyone to use, and easy to navigate.
More

Our researchers deliver sophisticated analyses of economic issues to help a wide range of clients.
More

In the newest $martPath video, Kevin has $5,000 to spend on his next music video! But he soon learns that he can’t get everything he wants (a marching band, dancers, AND a Lamborghini) on his budget. This video teaches young children about earnings, spending, opportunity cost, and budgeting. These new videos are the result of a collaboration with $martPath star Megan Piphus, the creative team at WCET in Cincinnati, Georgia Public Broadcasting, and the Georgia Council on Economic Education.

This latest video, starring Megan Piphus and the $martPath puppets, features hungry rats racing through a grocery store, wanting to eat every treat in sight. Fortunately, Megan and Scarcity Cat are there to teach the rats about wants and needs, and sticking to a budget! We hope you’ll enjoy the video, and look for a new $martPath video each month!

Heath led the Center for a decade, ushering in the era of $martPath, the award-winning online financial education platform used by more than two million students nationwide, and the $martPath puppet video series that won three Emmy awards, as well as the expansion of economic education programs like the Susan Sargen Student Enterprise Program (StEP) and professional development offerings for educators. She also guided the Center’s research team through many analyses of complex economic issues on behalf of corporate and government clients as well as several local nonprofits.

Heath was instrumental in achieving the passage of a law in Ohio requiring that high school students take a semester-long personal finance course to graduate and is a nationally recognized leader in the field of economic education, through her work with the National Association of Economic Educators and the Council for Economic Education. She’s taught scores of future educators and economists through her work as a professor at the University of Cincinnati and the University of Memphis.

“Like all transitions, this one is a mixed emotional bag, made easier by the knowledge that I leave the Center in good hands with David,” said Heath. “I also leave the Center proud of what we did together, with friendships that endure, and knowing that doing this work, this work that matters, with these people that matter, has been the honor of my life.”

In addition to his role as Director, Mahon was an Assistant Professor of Economics. Before becoming a college professor, Mahon taught mathematics, economics, and various social studies courses as a high school teacher.

He received his Ph.D. in Economic Education at the University of Delaware, a master’s degree in Economics at Florida International University, and his undergraduate degree at Cornell University.

“Over the last decade, Dr. Julie Heath developed the Alpaugh Family Economics Center into the remarkable, award-winning institution with community, state, and national influence it is today,” said Mahon. “I am both thankful and honored to have been selected to lead it and could not ask for a warmer welcome by the University of Cincinnati, the Center’s staff, its Board of Trustees and Emerging Leaders, and the Greater Cincinnati community.”

Please join us in welcoming David Mahon to the Center, and in wishing Julie Heath the best in retirement!

Our Susan Sargen Student Enterprise Program (StEP) team spent October criss-crossing the Tristate in the StEP van, bringing all sorts of goodies to local schools to stage StEP stores for the thousands of students who participate in StEP.

These quarterly stores give kids a chance to decide whether to save, spend, and/or donate the StEP bucks they’ve earned for good behavior and good attendance, as well as meeting other classroom goals. StEP wouldn’t be possible without the army of dedicated volunteers from our partner businesses who run the checkout tables at those StEP stores, chatting with the kids about their decisions and double-checking the math in their StEP books. Below are just some of the photos from our StEP stores in October!

In 2021, on behalf of the AACC, the Center’s research team conducted the first study of its kinds in the nation that quantified the economic impact of Black businesses, setting a benchmark for this analysis. You can watch the entire awards program here! Including a fantastic keynote speech from Bengals Head Coach Zac Taylor! 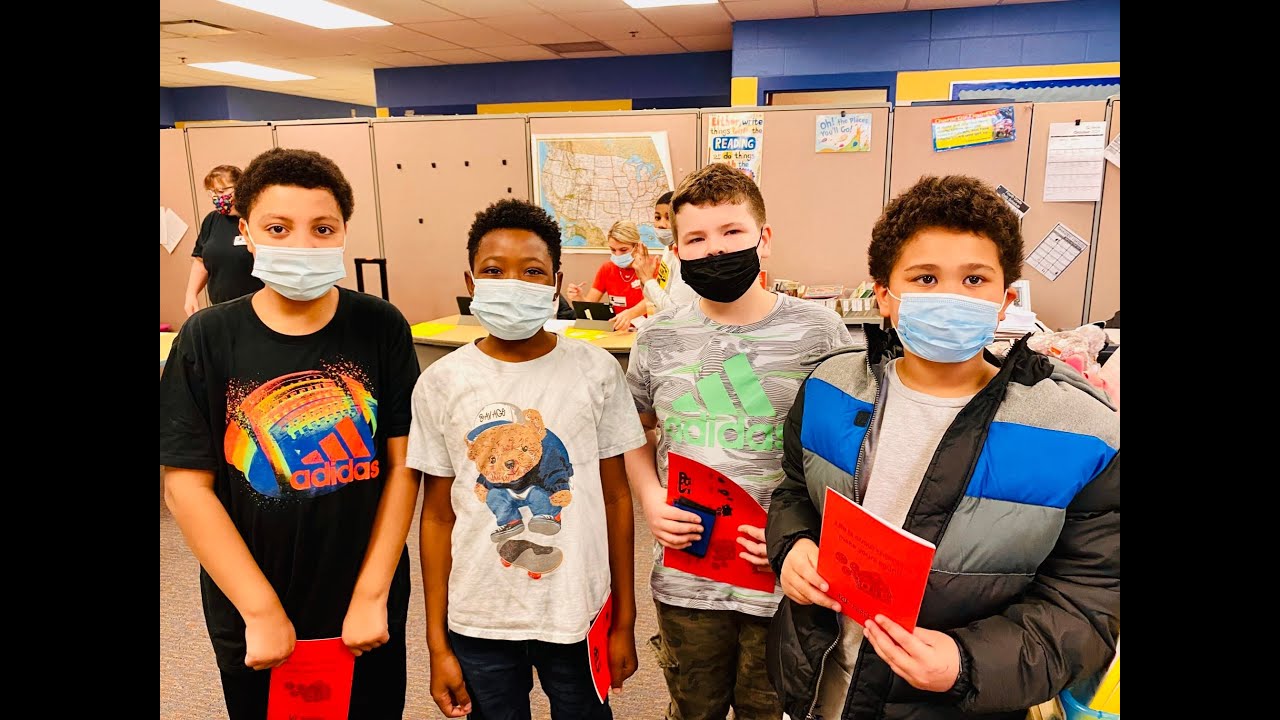 HOW WE IMPACT OUR COMMUNITY

With the right information, you make better choices. We empower students with high-quality financial education, and provide research clients with the data analysis they need to drive decision-making.

participate in StEP Program every year

over the past decade

When you donate to the Center, you're helping ensure the next generation can better participate in our economy »

We’ve been in service to educators for more than 40 years, providing them with high-quality workshops, book clubs and more.

Looking for some fun, bite-sized financial literacy? We’ve created a new video series, featuring some of your favorite puppet characters from our original, Emmy-winning $martPath videos. Our new $martPath Snacks videos are short, but just as engaging, and they also deliver early money concepts to an audience of younger children.

See them yourself by clicking the button below. And please subscribe while you’re there!

“The economy isn’t equal for everyone”. That’s how our research team led off its presentation on the findings of our work on behalf of The Women’s Fund of Greater Cincinnati Foundation to assess Black women’s economic mobility in our region.
Through their analysis, Center researchers found that in 2018, Black women held 10% of jobs in the five lowest-earning occupation groups, but less than three percent of jobs in the five highest-earnings occupation groups.